Sea Ranch-Esque Compound Comes With Its Own Funicular

Sea Ranch-Esque Compound Comes With Its Own Funicular 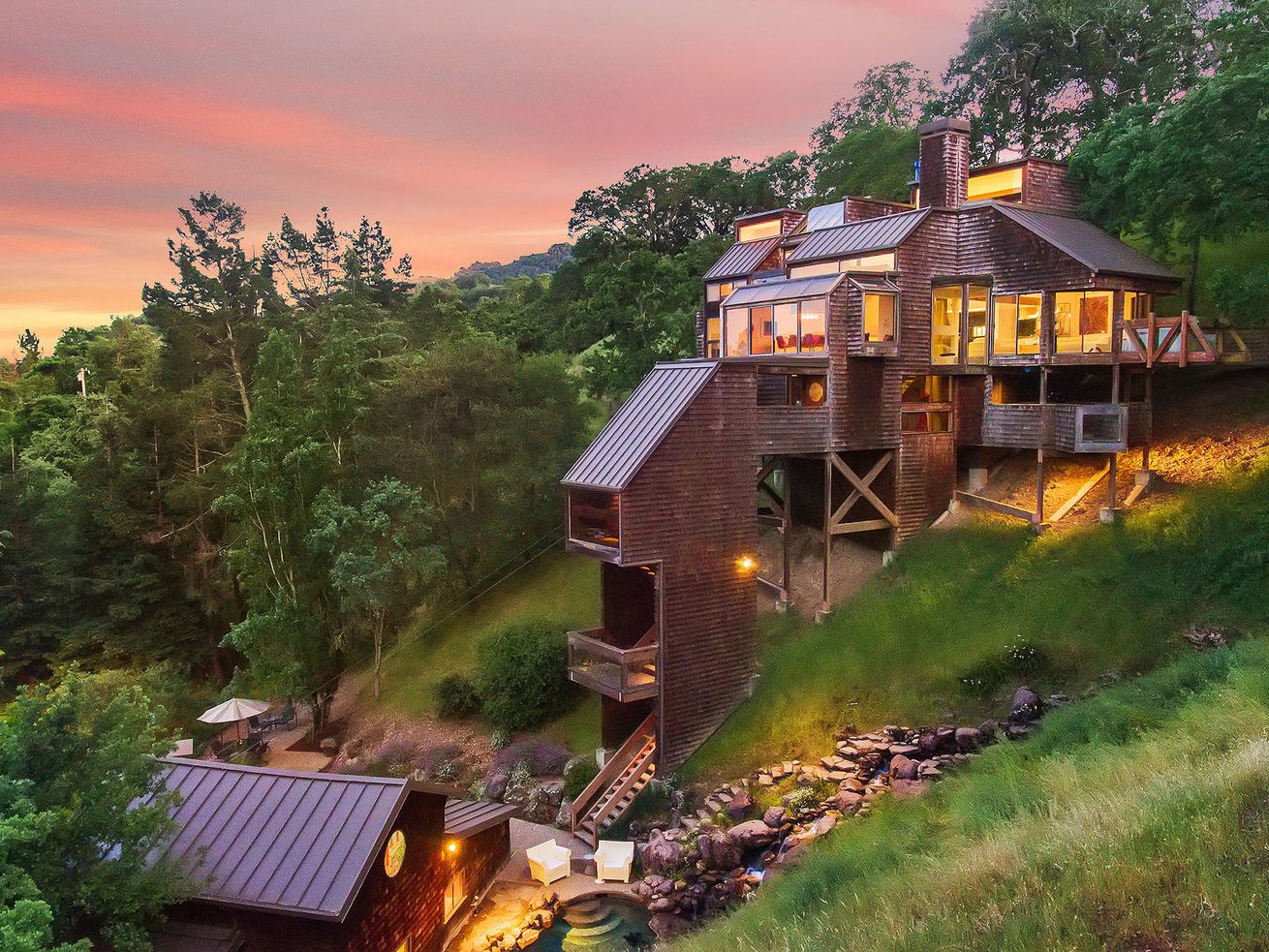 The hillside home offers mid-century vibes with a postmodern twist.

When native Californians Joan and John Jamieson set out to build a house near a wilderness preserve just 29 miles east of San Francisco, they were inspired by Sea Ranch, the famed mid-century planned community on the Sonoma coast known for its sloped-roof wooden homes. Although the Jamiesons’ architect, John Nance, designed mostly commercial projects, he won them over with one of his few residential projects, which featured a shed roof similar to Sea Ranch’s Binker Barn.

The couple wanted the house to blend into the hillside site as much as possible and for nearly every room to have a mountain view. So instead of building on the ground level, they chose to sit the house atop 35 eight-foot piers, which are drilled deep into the ground and are connected by grade beams. This building method, which does not require excavating the land, also helps to reduce the environmental impact of construction as it does not contribute to erosion. In lieu of a concrete driveway that would have covered the hill, they opted to put in five flights of stairs, concealed within a ramrod-straight, shingled structure that matches the house.

The interior combines elements of mid-century-modern charm — like exposed beams and floor-to-ceiling windows — with an over-the-shoulder wink to ’80s postmodern whimsy (think geometric cutouts in the walls, colorful exposed ducting, and sunken beds). The property, notably, also comes with a funicular for stair-free access, plus a detached garage, barn, pool, and horseshoe pit.

“[John] passed away last year, and the house isn’t the same without him,” says Joan Jamieson. Their home is now on the market for the first time in its 40-year existence.

Search the full MLS and Exclusive Property Listings.
(Prices and inventory current as of March 7, 2021)