Why Bus-Loving Rep. Ayanna Pressley Wants Transit to Be Free

Why Bus-Loving Rep. Ayanna Pressley Wants Transit to Be Free 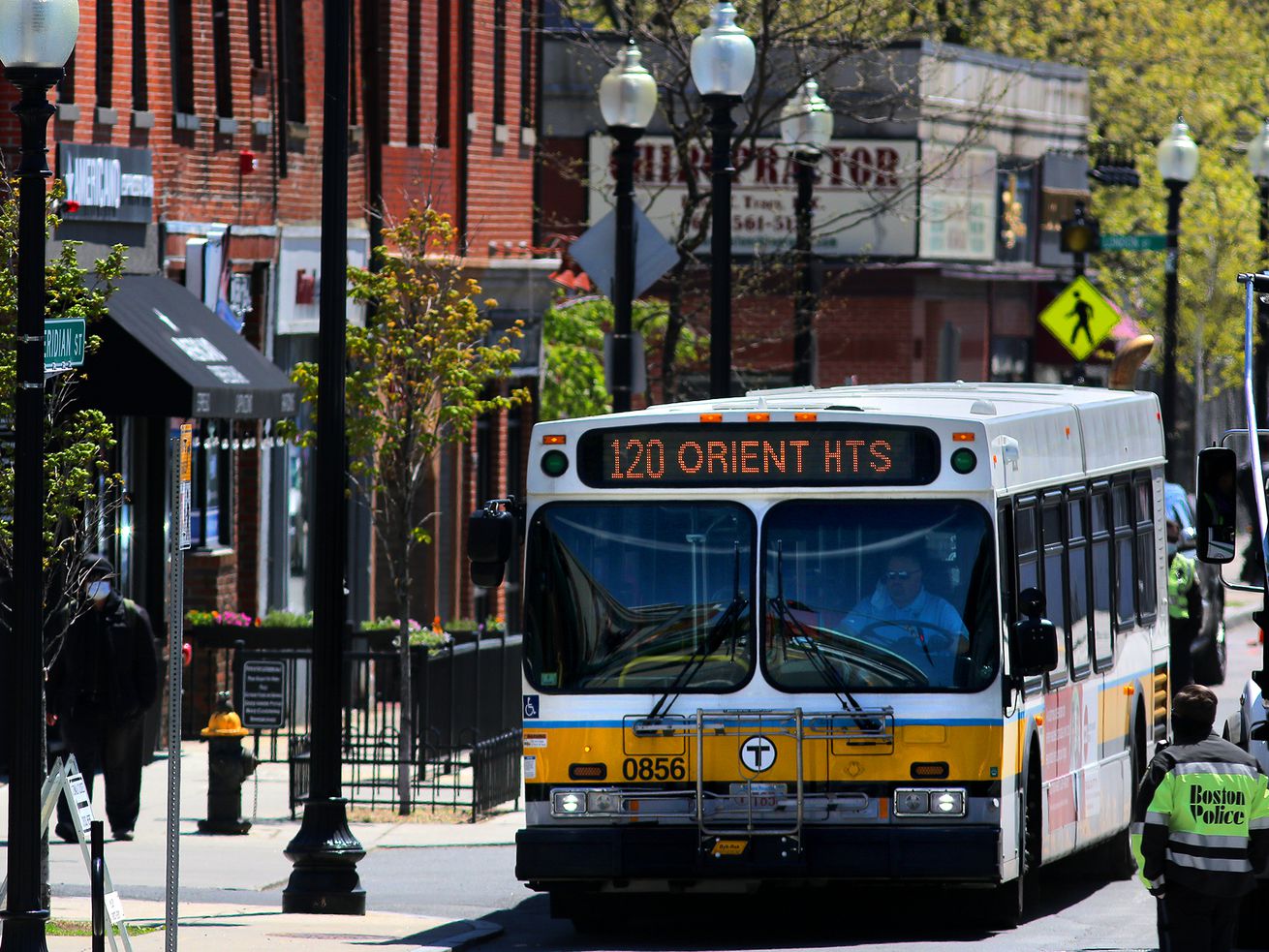 “You can’t do the work of equity and racial justice without centering public transit.”

As the daughter of a single mother without access to a vehicle, riding public transportation was not only a part of Representative Ayanna Pressley’s daily life growing up in Chicago, it shaped her perspective of the world. “Using trains to get to school, to access fresh and healthy foods — which was always a challenge because where there are transit deserts, there are food deserts as well,” she says. “My own experiences have informed my understanding of how important transit is.”

Now the congresswoman — and Squad member — represents Massachusetts’ Seventh Congressional District, a diverse swath of the Boston metropolitan area home to enviable transportation assets like handsome brick sidewalks, bike highways, and a bustling regional rail system. Yet the Seventh District is also one of the most unequal places in the country: In Boston, the median net worth for white households, which make up a third of the population, is $247,500; for Black households, which make up a quarter of the city’s population, it’s $8. Yes, $8. For Pressley, connecting those economic disparities with the availability of transit options was obvious.

“I do believe that a lack of access to transportation — to accessible, affordable, rapid, reliable transportation — has contributed to these inequities,” she tells Curbed. According to a 2019 report by LivableStreets, a Boston-based transportation advocacy group, Black bus riders in the region spend 64 more hours every year traveling than white riders.

Last week, Pressley introduced the Freedom to Move Act to help U.S. cities provide public transit as a public good. Under the program — which is co-sponsored by Senator Ed Markey, the co-author of the Green New Deal — $5 billion in annual competitive grants would be made available to agencies that offer fare-free transit access. This way, transit agencies can use that money to improve service or stops without worrying about making up for lost fare revenue.

But a key goal of Pressley’s legislation is also to eliminate fare enforcement, which she says disproportionally targets Black transit riders like herself. In New York City, a 2020 Community Service Society study showed that enforcement rates are 60 percent higher at stations in high-poverty Black and Latinx communities, with fare checks more likely to end in arrest.

In fact, that’s why it’s named the Freedom to Move Act: Pressley wants to grant freedom of mobility to those Black and brown riders who are overpoliced but who have no choice but to rely on transit. “It’s freedom to have the ability to navigate their community without fear,” she says.

Buses are Pressley’s preferred mode of transportation — she filmed a campaign video on Boston’s 1 bus — but her advocacy is multimodal, serving as a co-chair of the Congressional Bike Caucus and co-founder of the new Future of Transportation Caucus, formed last year to fight for equity, access, and sustainability across federal transportation legislation.

The caucus’ first major win is a massive surface-transportation bill that passed the House yesterday. The Moving Forward Act is a $1.5 trillion infrastructure package aimed at shifting the country’s spending paradigm away from what Pressley calls “antiquated” policies that favor car dependence and highways and toward streets and cities that prioritize the safety of people biking, walking, and riding buses.

“Investing in sustainable transportation options, like bikes and mass transit, is not only imperative to the health of our planet but to the equity of our communities,” says Representative Earl Blumenauer, Pressley’s Congressional Bike Caucus co-chair. “With this legislation, Congress has the opportunity to meaningfully invest in initiatives that serve people who have been consistently overlooked.”

Pressley wants to be sure those investments are delivered with a change to the discriminatory — and sometimes violent or deadly — treatment of people moving through U.S. streets. In a speech on the House floor yesterday, she introduced an amendment to the Moving Forward Act that would force federal officials to assess the country’s racist legacy of transportation enforcement.

“My amendment would require us to examine how our nation’s transportation policies have impacted and targeted our most vulnerable,” she said on the House floor. “It is critical that we understand how our transportation systems are criminalizing our Black and brown communities.”

For far too long, our nation's transportation policies have perpetuated many of our most entrenched inequities.

It’s critical we understand how these policies have targeted and criminalized Black and brown communities. pic.twitter.com/LxaBel2zFE

Transit equity also has a role to play in helping the country recover from the worsening coronavirus crisis. In Pressley’s district, the highest COVID-19 infection rates are in Chelsea, a predominantly Latinx immigrant community home to many essential workers. Public-health experts have attributed the spike in cases to overcrowded living conditions. But Pressley quickly realized another contributing factor: Chelsea is a transportation desert. “You’ve got just one bus, the 111 bus, and it’s their only way into their jobs and places of employment,” she says. “These are very congested buses. With everyone being on this one bus, how can you lower the rate of transmission?”

Conversations with those Chelsea bus riders, as well as visits to local transit stations in which she spoke with bus and train operators, prompted Pressley and her Future of Transportation Caucus co-chair Representative Chuy García to push for $50 billion in emergency funding for transit systems in the Moving Forward Act as part of a pandemic recovery plan. “This is not only an investment in more vehicles, it’s more staff and more sanitizing equipment,” she says. “It’s the best path forward for public-health recovery.”

While the challenges of COVID-19 portend a grim future for transportation agencies, Pressley is hopeful about the efforts to dismantle structural racism within them as part of the nationwide push to remove police from transit systems. “The culture shift around these uprisings is about minimizing the public interaction that low-income communities of color have with law enforcement,” she says. Agencies from Los Angeles to Washington, D.C., are looking to eliminate armed officers from buses and trains and divert millions of dollars back into service. In doing so, these cities are not only reimagining public safety, they’re reaffirming the role of public transportation, says Pressley.

“Transit justice is at the center of every issue — housing, health care, climate,” she says. “You can’t do the work of equity and racial justice without centering public transit.”