Renovated Mid-Century in a Quiet Corner of D.C. Asks $2.3M

Renovated Mid-Century in a Quiet Corner of D.C. Asks $2.3M 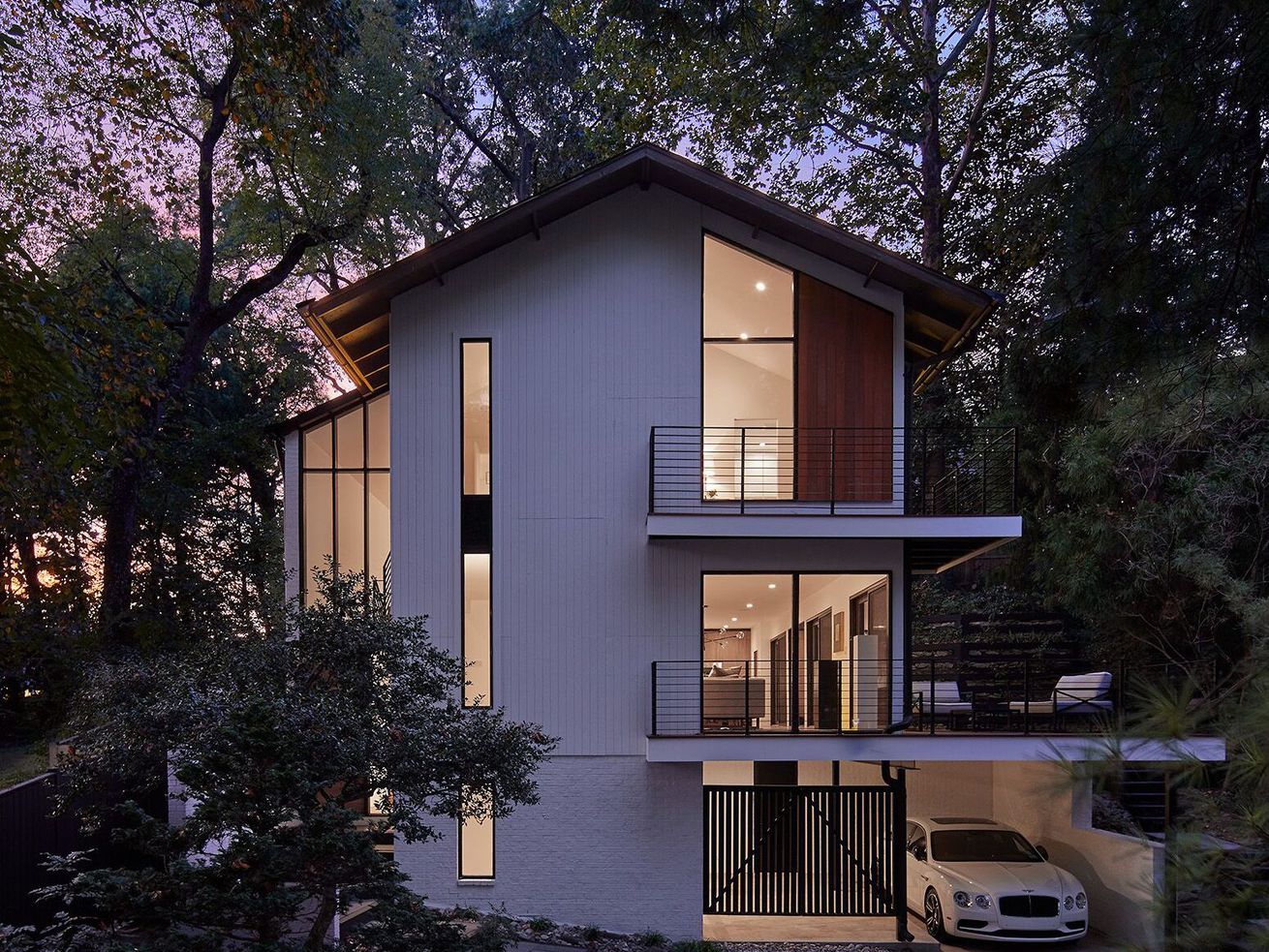 A decorative panel made of ipe wood was added to the facade. | Anice Hoachlander/Hochlander Davis Photography

Revamped with an open-plan layout and new finishes throughout.

LOCATION: Washington, D.C. — Tucked into the northwestern edge of D.C., a 15-minute drive from downtown, Kent is a residential neighborhood defined by quiet, leafy streets and proximity to parks and trails, including Battery Kemble Park, a Union Army defensive site during the Civil War. 5359 MacArthur Boulevard sits on a short, slightly winding, dead-end street and is part of a cluster of mid-century modern homes in Kent; immediate neighbors sport a similar three-story, pitch-roof look, while a few streets over, you can also find a ’50s Hechinger house by Bauhaus founder Walter Gropius and a Bauhaus-influenced mid-century jewel box. True to its suburban feel, Kent has no metro stops, but buses do go into Georgetown and Dupont Circle.

SPECS: 4 beds, 3.5 baths, 3,306 square feet, 0.19 acres — Designed by modernist architecture firm Cross & Adreon, this 1969 house is currently owned by former Washington Redskins cornerback turned real-estate-company founder Darryl Pounds, who enlisted local firm MCDStudio for a thorough renovation. Completed in 2019, the revamp embraces the house’s mid-century heritage (the roofline and striking vertical windows on the façade, for example, have remained intact) while updating the interior layout and finishes throughout. Walls were knocked down to create an open-plan kitchen, dining area, and living room, and a lower-level office was converted into a fourth bedroom with its own bathroom. New finishes include flush base molding, Silestone quartz countertops in the kitchen, white-oak stairs and bedroom flooring, and Porcelanosa tiles in the master bathroom.

NOTABLE FEATURE: The renovated house plays up its indoor-outdoor connection, namely the deck off the first-floor living room and a balcony off the second-floor master bedroom. Those spaces have been updated with ipe-wood decking and metal railing.