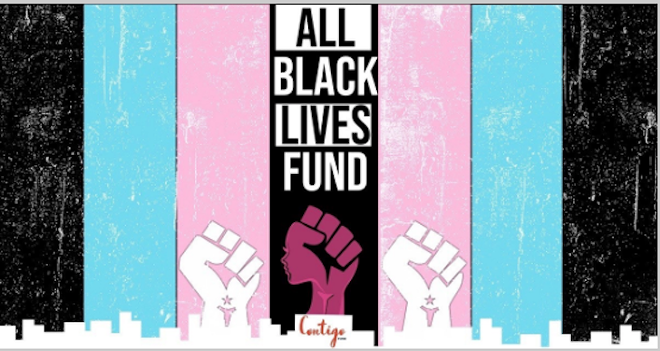 The local activists and organizers behind the Contigo Fund have announced the formation of the Organizing For All Black Lives Fund, an initiative dedicated to funding Black LGBTQ+ groups and efforts in Central Florida "particularly those led by and for Black Transgender, Gender nonconforming, and Gender Nonbinary community and Sex Workers."

Spurred by Black Lives Matter the recent killing of trans man Tony McDade by Tallahassee police at the end of May, and the continuing violence against trans women throughout Florida, the Organizing For All Black Lives Fund aims to "support grassroots organizing to build visibility and power, promote safety, and amplify demands of those most impacted by both anti-Black racism and gender discrimination."

This Fund will be further boosted by a matching grant from the Out in the South Fund, an organization that dispenses grants to "catalyze locally-driven Southern funds that address the needs and strengthen the assets of LGBTQ communities in the South." Even more than just in-kind, Out of the South will match every donation 3-1.

The Contigo Fund, launched in the wake of the Pulse nightclub massacre in 2016, has a strong record of financial support to "grassroots efforts that advance Latinx and LGBTQ causes," including local organization Zebra Coalition, Miracle of Love and QLatinx.

More information on the Organizing For All Black Lives Fund and how to donate can be found here.

Search the full MLS and Exclusive Property Listings.
(Prices and inventory current as of January 19, 2021)