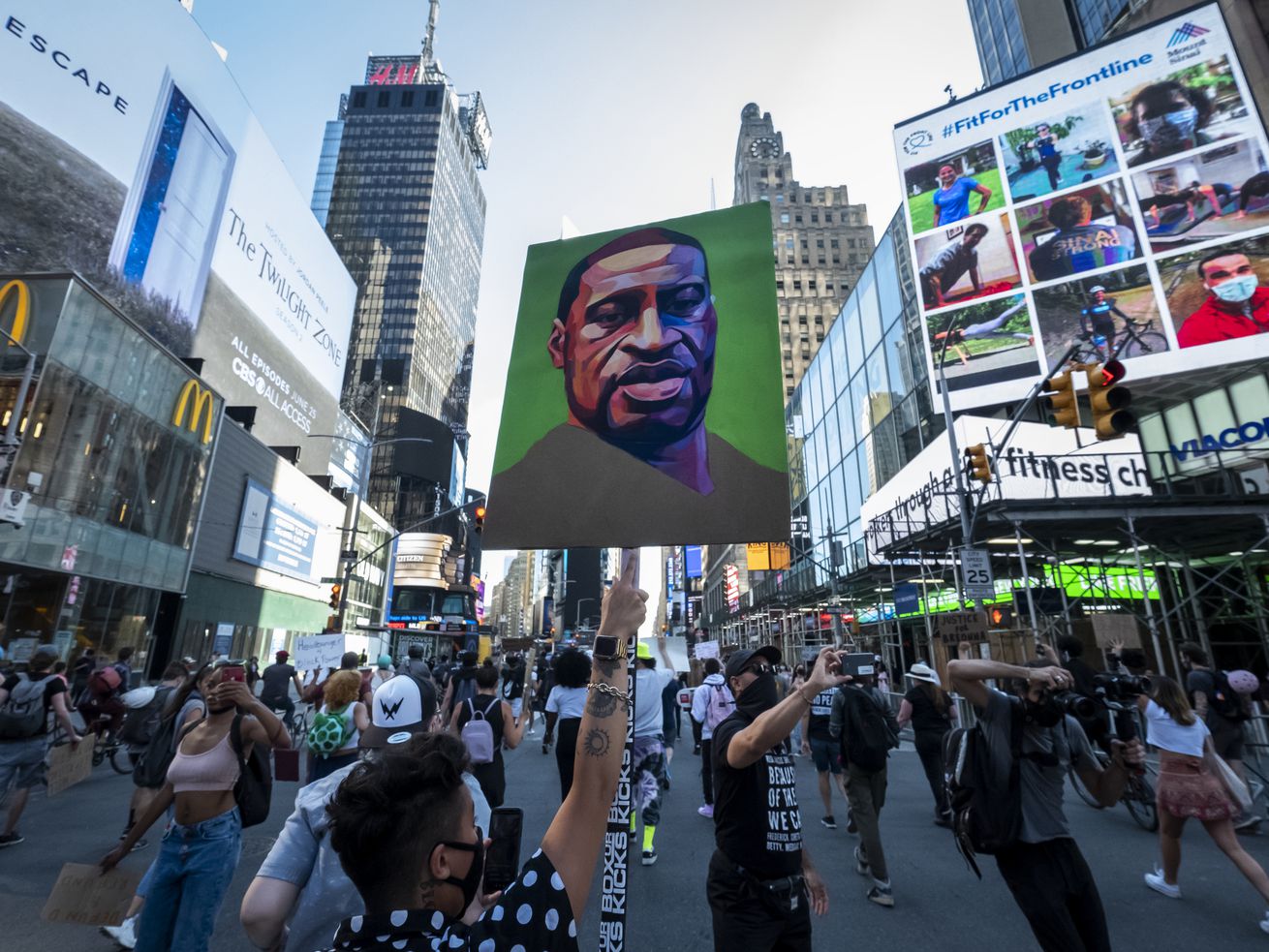 “We will not ask permission.” | Photo by Ira L. Black / Corbis via Getty Images

Black designers and planners are mobilizing their industries to eradicate racism in urbanism.

Watching the police-brutality protests of the past several weeks weave through the public parks and pedestrian plazas of cities across North America has been doubly traumatic for urban planner Jay Pitter and her Black urbanist peers.

“As human beings who are both Black and also urbanists, basically doing work at the site where all this protest and rage and death is happening, we’re all facing, really, dual crises,” she says. “We’re facing a crisis that is personal as we are watching our communities die, and we’re also facing a crisis of having to show up — lucid, articulate, compassionate, and focused — because we’re all professionals.”

Cities have long perpetuated anti-Black racism through policies and physical spaces that have institutionalized the economic inequality, displacement, and criminalization of Black residents. Now, calls for justice for the murders of unarmed Black men and women by law enforcement in cities — compounded by a pandemic that continues to disproportionately kill Black men and women in cities — have heightened longtime demands from Black urbanists to confront the anti-Blackness that has been constructed into the urban landscape.

“We are situated at a challenging crossroads between our chosen urbanism professions — significantly responsible for creating these disparities — and our Black communities combating the coronavirus and longtime systemic racism,” says Pitter.

At a conversation that Toronto-based Pitter hosted for the Canadian Urban Institute, Black urbanists and planners Orlando Bailey, Tamika Butler, Anthonia Ogundele, and Will Prosper all spoke about being ostracized, harassed, and excluded from the same types of public spaces they would eventually be paid to create. It was a sobering wake-up call for a field that Pitter says will need to empower Black urbanists with lived experience in cities in order to dismantle its racial inequities.

“We will not ask permission,” said Pitter during the conversation. “No justice, no peace.”

We ran out of time during yesterday’s incredible panel. Sometimes a 30-second count down is a great prompt for getting to the point. You should watch the entire hour to hear from these star panelists tho... pic.twitter.com/ecmR3o3OXb

While Pitter has been outspoken in calling out her “status quo” urbanist counterparts, last week she issued a “Call to Courage” to the entire industry — a stirring challenge to her fellow urbanists that includes a reading list, glossary, and self-assessment for practitioners to reflect upon the role of racial equity in their work.

Kristen Jeffers, a Maryland-based planner, writer, and speaker, saw a similar opportunity to use her platform, the Black Urbanist, to combat the field’s racist legacy. Jeffers has long curated Black urbanist resources, including a Black Queer Feminist Urbanist booklist, and she’s creating two new educational spaces to read and discuss key Black texts: One as a social network and healing space for Black, indigenous, and colonized or racialized people of color; another as a virtual book club and lecture series for a white audience.

Both groups will start by reading Chocolate Cities: The Black Map of American Life, by Marcus Anthony Hunter and Zandria F. Robinson, and discussing it in online forums. Through Jeffers’s Patreon, members of the allies group can access additional resources, which will be offered for free to the people of color network. “These circles and networks are just a start to get allies on the path to becoming accomplices and abolitionists throughout their lives,” says Jeffers. “But especially in their land-use and development practices and how we treat each other.”

Over the past few weeks, other Black-led urbanist organizations have amplified calls to support racial-justice work. New Orleans architect Bryan Lee Jr. issued an action strategy for the architecture industry, hosting a national Design As Protest call to “dismantle the privilege and powers structures that use architecture and design as a tool of oppression,” including targeting the industry’s professional associations. The BlackSpace Urbanist Collective, a New York–based group with a mission to create and preserve Black spaces and communities, launched a crowdfunding campaign and is hosting a Juneteenth event on June 19 and June 20 as a way to celebrate the Black urbanist practitioners “who are mobilizing, organizing, existing, and surviving during this moment.”

Honoring the legacies of Black urbanists while providing a new platform where non-Black practitioners can learn directly from their work is the goal of the Un-Urbanist Assembly, an event that will examine anti-Blackness in the built environment. Destiny Thomas, an anthropologist, planner, and author of a recent op-ed on confronting racism in transportation, is organizing the assembly as a 23-hour “teach-in” taking place on June 18 and June 19.

Over 2,500 people have registered for the event, which Thomas says will celebrate the Black urbanists who have been “speaking, struggling, and pressing for the changes so many people are just now opening up to,” she says. “We’re looking to skip the ‘Equity 101’ content and dive deeply into the work that so many Black people have already done to get us to a reality where anti-Blackness and white comfort aren’t the premise of urban planning and innovation.”

While Black urbanists create essential spaces for celebration and healing within their own communities, they’re also seeing evidence that those revolutionary changes they’ve been championing for decades might finally be embraced by their colleagues — and lead to the deeper, structural transformations that cities need.

“I’m proud to witness the brilliance and generosity of my Black urbanism colleagues,” says Pitter. “Despite despair and considerable equity-based placemaking gaps across urbanism professions, I’m heartened by the powerful interventions we’ve initiated, and also by the support extended by a growing number of urbanists from all racial backgrounds.”