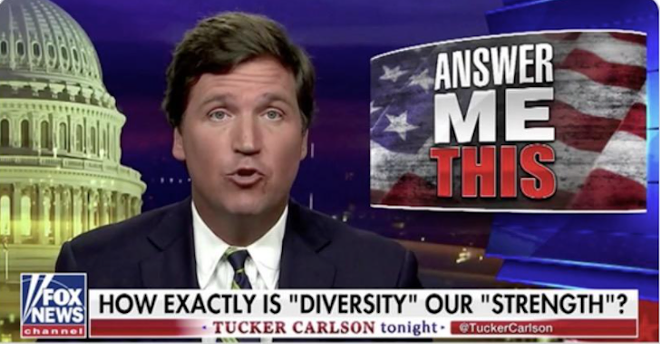 Tucker Carlson Tonight has seen advertisers taking their business elsewhere as Carlson doubles down on bigoted rhetoric – telling Fox viewers that they are not "required to be upset" about George Floyd's killing by Minneapolis police, and casting protests around the country as part of an ancient struggle between "thugs" and "normal people," just as two examples – while  anti-racist and Black Lives Matter protests ramp up all around the country.