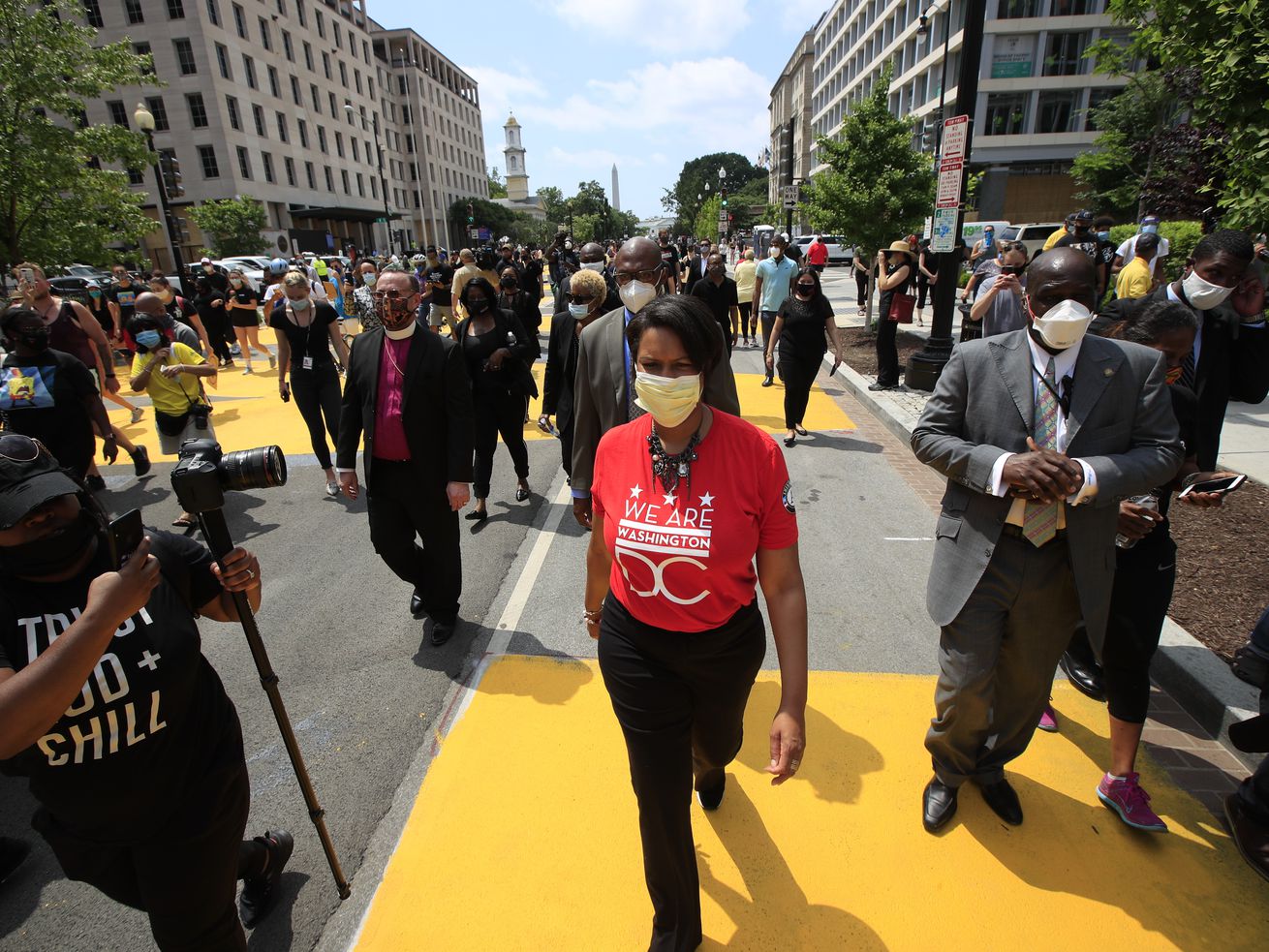 The 35-foot-tall yellow letters are photogenic, but defunding the police would send a real message.

On Friday morning, Washington, D.C.’s Public Works Department, at the direction of Mayor Muriel Bowser, painted “Black Lives Matter” in 35-foot-tall yellow letters on 16th Street between K and H Streets. Bowser also formally renamed this section of the road, which leads directly to the White House, Black Lives Matter Plaza in advance of a protest planned for Saturday.

Bowser’s actions on 16th Street send a photogenic message—and figurative middle finger to the current resident of the White House—but as a statement without political action, it’s only surface level.

This is a performative distraction from real policy changes. Bowser has consistently been on the wrong side of BLMDC history. This is to appease white liberals while ignoring our demands. Black Lives Matter means defund the police. @emilymbadger say it with us https://t.co/w0ekwSG1ip

Other cities have announced spending reforms amid this week’s protests. Mayors in Los Angeles and San Francisco are redirecting funds from law enforcement to black communities. Four Minneapolis council members have committed to dismantling the city’s police department.

There’s a growing movement among D.C. residents and activists to defund law enforcement and direct money to social services instead. “A budget is a moral statement,” Sean Blackmon, an organizer with Stop Police Terror Project D.C., told Washington City Paper. “It comes down to a question of who gets this money and resources and why do they deserve it?”

Black lives matter in the streets.

AND in policy.
AND in design.
AND in funding.
AND in outreach.
AND in decision-making power.
AND in scope/schedule/budget.
AND in staffing.
AND in leadership.
AND in data/evaluation.
AND I’m out of characters.

“Whose streets? Our streets” has been a common refrain at demonstrations across the country this week, as protesters demand an end to the police brutality and white supremacy that led to the recent killings of George Floyd, Breonna Taylor, Ahmaud Arbery, and countless other black people in the United States who are not safe on any street or in their homes.

The symbolism of 35-foot-tall letters painted by D.C. city employees on city streets is a reminder of this ongoing fight. But let’s not forget that this is the very same area where law enforcement shot rubber bullets and tear gas at peaceful protesters. No amount of paint can fix that.

Search the full MLS and Exclusive Property Listings.
(Prices and inventory current as of January 26, 2021)