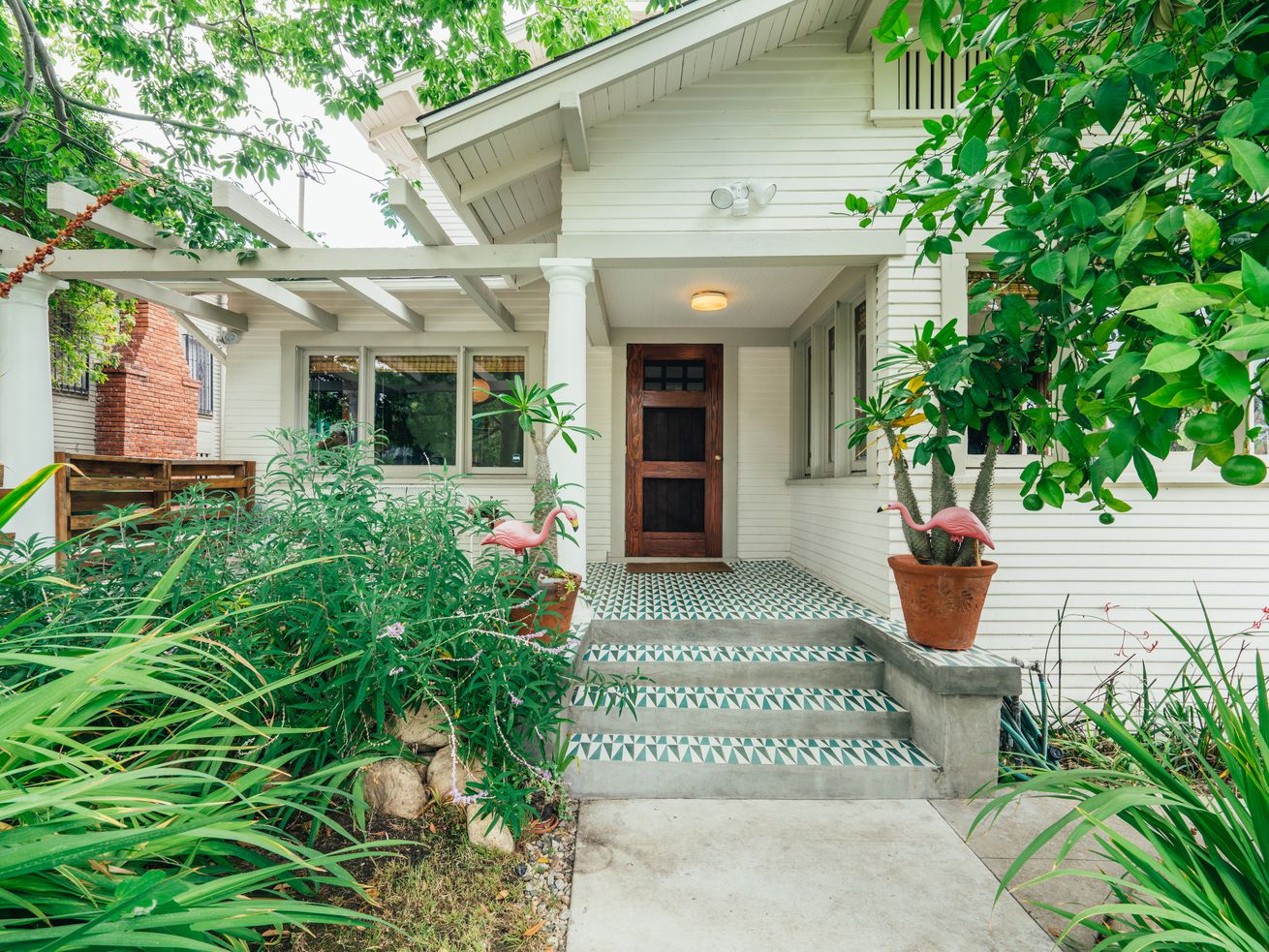 Sandwiched between Highland Park’s twin main drags of York Boulevard and Figueroa Street, 713 North Avenue 53 has an abundance of restaurants, coffee shops, galleries, bodegas, vegan bakeries, and panaderías within walking distance. There’s a farmers’ market held every Tuesday from 3 p.m. to 7 p.m. across the street from the Highland Park Gold Line light-rail station and an even more extensive farmers’ market at the (one stop further) South Pasadena station on Thursdays between 4 p.m. and 8 p.m.

The Craftsman-style residence was built in 1921 as a two-story two-bedroom, two-bath bungalow and was expanded a decade later, with a one-bedroom apartment (a potential rental unit) built onto its rear façade. Along with period elements such as hardwood floors, built-ins, casement wood windows, crown moldings, and wood-burning fireplaces, both units feature modernized bathrooms and kitchens, copper plumbing, and tankless water heaters. Exterior spaces include front and rear gardens and a sizable covered porch with colorful designer tile. A detached garage with barn doors has been converted into an office and studio. For a virtual tour, go here.